Signs of Bats in a House 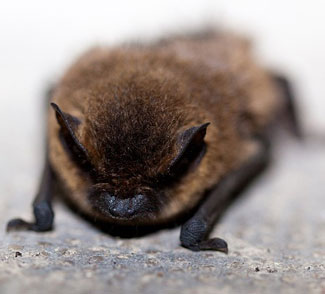 Where should you look for signs of bats in your house?

John:  Tim, where should you look for signs of bats in your house?

Tim:  Bats typically like to roost in discrete locations such as open attics. Up into wall voids, under roofing tiles. Sometimes up in chimney flashing. Occasionally during foraging periods outside they’ll rest in places like door frames, up under your entry post. You might see signs of bats in those locations.

John:  What are some of the signs of bats that you’re looking for when you look in those locations?

Tim:  Typically there are three things that we look for. The actual live bats — they’re actually visible creatures, so sometimes during an inspection of an attic you’ll actually encounter the live bats.

The most common thing that we see when we’re looking for bats is their actual droppings. Their droppings are a spindly material composed of undigested insect parts, so they’re definitely different than mouse droppings, which are more firm.

John:  Do they tend to be bigger than mouse droppings?

Tim:  They do in most cases. The placement of the dropping is typically right below where they’re roosting for the daytime. That spot where they hang upside down, there’ll be a rough circle of bat guano or feces right in that area, and the accompanied — also they’re urinating up there too. That generally falls right in that area, so you could have a musty odor, a pile of these fecal droppings and black urine spots.

Sometimes if there’s an accumulation of this material, you could see that on a stain inside the interior of a room or something, so that could accumulate up on the top of the Sheetrock and make a mess. It’s sort of coming through.

Other signs of bats — the droppings if they’re roosting in other locations, so you could find bat guano beside a light by your back door entry where it’s roosting up there during the night.

Bats have sebaceous glands on their bodies, like all mammals. As they come in and out of small openings, you could see little gray stains or rub marks where they’re coming up under these tight locations.

Bats can get into very, very small openings. Sometimes they have to squeeze into these spots and you’ll see a little gray mark that’s just not where it should be.

Bats in the Walls

Tim:  Let’s say for example there’s a little opening at a window frame or something of that nature, and the bats are able to get into the wall void. Sometimes you can hear a very, very light fluttering sound as it’s flying through the wall void.

Or even a very, very gentle scratching sound as it uses the little claws on its wings to maneuver through the wall void’s tight spaces.

In some occasions you can actually hear the bats communicating to each other, which is a high pitched little squeaking sound. Sometimes if they have young bats in there with them, they’ll be communicating in there and that will make a little added sound that you might notice.

John:  Is that different than mice?

Tim:  Definitely. Mice you can often hear their activities — moving an acorn, the actual sound of the mouse chewing on the nut, little scrambling noises inside the wall. Definitely a little bit louder than what a bat would produce.

Types of Bats in Massachusetts

John:  What types of bats do you typically see in homes in Massachusetts?

Tim:  The most common bats that we see in Massachusetts would be the little brown bat and the large brown bat. Both of these bats would like to live inside of a nice attic during the summer time.

Typically, both of these species will migrate to a cave or somewhere else to overwinter. Then come back to those same roost areas the next year. Both of these bat species are incredibly long lived, typically living more than 10 years.

Two little brown bats were actually captured 30 years after being banded, so you can imagine these things flying out of your house and coming back for 30 years and enjoying it. Over that time, particularly the small brown bat can produce quite large colonies of over 100 roosting bats. They will typically leave for the winter.

In some locations, though, the bats will choose to hibernate inside your house. It’s tough to figure out why they do that, but in some cases we’ll find a whole bunch of bats inside a house in the winter.

The other species of bats that we sometimes see in the eastern area of the United States and Canada would be the New York tree bat or the red bat. It’s a quite large animal. Does not prefer to live inside houses in most cases, but in some cases you’ll find this rather rare bat inside of a house.

John:  Right, and so then you’re talking about the Northeast in general, so that would be the same generally for New Hampshire? Or are there any different types of bats in New Hampshire?

Tim:  I would say that the range of these three animals is about the same, so anywhere in Eastern Canada, the Eastern US, you can see these. The little brown bat is actually throughout the United States. The large brown bat pretty much as well.

There’s some 900 species in 18 families of bats in the world. 400 species from three families live North of Mexico, so there’s quite a few bats. Most of these things are down in the Southern part of the United States where you have the most vast amount of species.

John:  You always think of bats as being in those old Southern plantation houses and things like that.

Tim:  There’s quite a variety of species. They’re incredibly hungry animals. Some of these bats will eat over 500 mosquitoes and gnats in an hour, so a colony of several hundred bats could eat upwards of 50 pounds of insects in a night, which is quite a good job.

Why do bats roost in houses?

John:  What is it, do you think, that — you mentioned in the Northeast at least that the bats tend to, over the winter, go into a cave, but then in the summer come back to somebody’s house or their attic. What is it about houses in the summer that makes the bats come out and want to roost there?

Tim:  The bats like to be in a dark location next to a food source. Houses typically do that. Their natural roosting places are inside hollow trees, caves and things like that.

Maybe a tunnel. Some of the man‑made structures like attics, barns, mines and things like that provide almost the identical location. They’re thinking about some place that’s away from predators in a discrete quiet location where they can spend the day sleeping.

I don’t think the hot temperatures of an attic bother them at all. They might even enjoy that.

John:  Right. That’s all great information, Tim, thanks very much for speaking with me today.