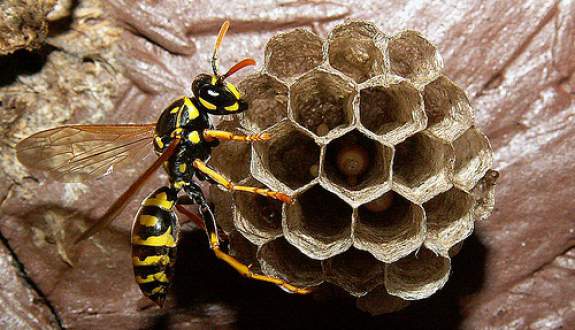 It’s true that, in the fall, yellowjackets gradually become less active and workers begin to die. Only a few yellowjackets that are destined to be next year’s queens survive the winter. And you’ll be happy to know that, in our area, yellowjackets don’t re-use old nests. In the spring, the queen yellowjackets will start new nests in new locations.

The second problem occurs when dermestid beetles, ants, silverfish, and other insects that feed on dead insects move into the void to feed on dead yellowjackets. That won’t be a concern if the nest was treated with a long-lasting insecticide since the residual will kill those invaders as well. If the nest was treated with a quick action, short-term insecticide, other insects may be able to survive in the wall void. Make sure that the outside opening into the nest is sealed to help prevent entry by other insects.